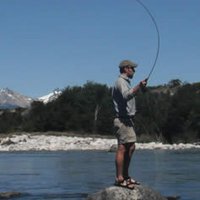 Steve began working for NOLS Wilderness Medicine in 2003 after earning a BA in International Political Economy from the University of Puget Sound. Since then, between teaching WFR courses, Recerts and WFAs, he has punched his work and fun clocks as the medic for a group of university students on a year-long trip across Asia, as Education Director for field studies programs in island ecology and marine biology, and as a designer/installer of renewable energy systems in Ecuador and throughout coastal Alaska. In 2012 he’ll be working on a project to install solar powered electrical systems for lighting, communications equipment and chlorine generating units used to disinfect contaminated water at seven health clinics across rural Nicaragua. Either behind the oars or up front with his fly rod Hozzler, he’s happiest when floating downstream somewhere… Look for him this summer raft or fly fishing guiding near his southeast Alaska home or at a NOLS Wilderness Medicine course coming your way soon!