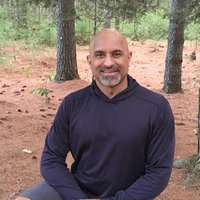 Stefan is the founder of NATURAL DIFFERENCE, LLC, a consultancy specializing in diversity and inclusion for natural resource conservation organizations, while advising on all aspects of non-profit management. Former Diversity Program Director for The Nature Conservancy in Maine; Stefan is currently Diversity Consultant to Trout Unlimited. A lawyer by training, he is a mediator, privately and for the Judicial Branch of the Maine State Courts.

After a nearly disastrous 10-day solo trip in the Wind River Range, the summer between his 1st and 2nd years at The Law School of the University of Pennsylvania, between his 2nd and 3rd years, Stefan took his first NOLS course, an Alaska Outdoor Educator course. Recruited by his AOE Instructor Team, following 1995 graduation from PENN Law, Stefan took the position of Public Policy Manager, which he held for six years, while becoming a NOLS Wilderness and Leave No Trace Master Educator Course Instructor in 1997. Stefan continues to find ways to incorporate Leave No Trace and NOLS into program designs and partnerships for his clients.

On day two of his tenure at NOLS, Stefan met his future spouse, veteran Mountaineering Instructor and Risk Management Master, Laura H. Ordway (Ords). It would be years before Laura would agree to date Stefan; however, they did get hitched in Maine in 1999. Stefan lives in a cabin with Laura and their two daughters at 109-year-old Winona Camps for Boys, a summer Camp which Laura owns and runs with her brother, on the shores of Moose Pond, Bridgton, Maine. Schooled by several of his fellow instructors of the late ‘90s, Stefan is an avid telemark skier. A hiker, he is a poor yet enthusiastic fly-angler, and musician. Each summer, he is surrounded by NOLSies since Winona and its sister camp, Wyonegonic, have long lists of recent and generational NOLS Alums on staff and among their campers.