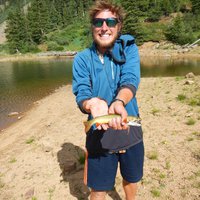 A Colorado native, Scott has ties to almost every corner of the state. He grew up in the Denver metro area and spent his youthful summers backpacking around Durango where he later worked as a guide. He took his first WFR in ‘09, which started his love for emergency medicine. After going to school at the University of Northern Colorado and a brief stint as a 10th grade math teacher, his career in EMS began as an EMT. If you don’t find him in his textbooks for Paramedic school or working a shift at the flagship REI, he is probably getting lost in Rocky Mountain National Park or wetting a fly line in the nearest body of water.