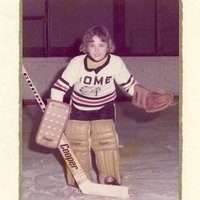 Born in Geneva, raised in Rome, and educated in Troy—all in New York State. Scott K Kelley (a.k.a. Griz) grew up in upstate New York and earned a Bachelor's degree in German and philosophy, and a Master of Science in Elementary Education. He has never used either degree, but is still paying for both. Griz moved to Colorado in 1991 to start a 9-year career at a local wilderness camp (how many people can say that?). Just shy of a decade at summer camp, he took on the Program Director's position at the Adaptive Sports Association in Durango, Colorado, an outdoor sports and recreation program for people with disabilities. Seven years of running a nonprofit was great fun and very rewarding, but not exactly profitable. He has recently moved into the exciting trade of tile setting. He lives in a small home in the woods with his three kids: Seamus the retriever (11), RIP the border collie (6), and Scorch the cat (15). Griz has been teaching for NOLS Wilderness Medicine since 1999.