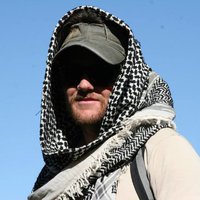 Peter started his love for NOLS as a child exploring the Sierra Nevada with his father Bob Reynolds who was an instructor with NOLS during the 1970's. Peter's love for the outdoors grew until he became an instructor himself in 2009 and also worked wilderness therapy for Open Sky Wilderness. When he wasn't guiding for NOLS or Open Sky he spent his time abroad working international trips with teenagers which took him to over 11 countries. He was recently been teaching World History and running the outdoor program at the Verde Valley School until he decided in 2016 to go back to school for a PsyD in Clinical Psychology. He currently works NOLS courses during his summers off.