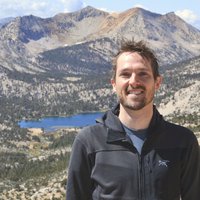 Originally from North Carolina – and with an interest in the outdoors born in the Appalachian Mountains – Matt’s steadfast love for wild spaces took root during a westward migration in 2008. He has since lived on the West Coast, primarily residing in California. Over the years, Matt has been an instructional guide and outdoor educator, but most of his energy has been directed toward conservation field work and program management. NOLS Wilderness Medicine became part of his professional landscape in 2014, and he enjoys using his range of experience to impart medical and decision-making skills that empower others in pursuit of the outdoors. He is grateful for his current proximity to the Sierra Nevada and Pacific Ocean, where his first and second loves – backpacking and surfing – are frequently exercised.