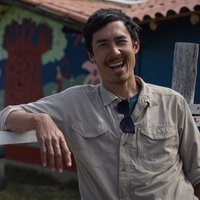 After taking his first WFR course in 2009, Kenji was hooked by the challenge, ingenuity, and fun that wilderness medicine provides. Greatly inspired by his own instructors, Kenji hoped he could one day pay the inspiration forward. He has since held a variety of jobs: raft guide, ambulance EMT, wilderness therapy staff, wildland fire crew, and kayak instructor, just to name a few. After spending 15 months in South America, Kenji crash landed back in the Pacific Northwest and is often found covered by a wall of whitewater while living there.