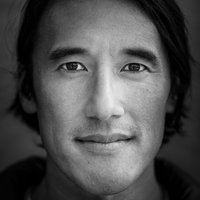 Jimmy was a NOLS instructor 1998-1999. Jimmy Chin is an Academy Award winning filmmaker, National Geographic photographer and professional mountain sports athlete. He has led or participated in cutting edge expeditions around the world for over 20 years. He has climbed and skied Mount Everest from the summit and made the coveted first ascent of the Shark's Fin on Mount Meru. His photographs have graced the covers of National Geographic Magazine and the New York Times Magazine.

Jimmy splits his time between New York City and Jackson Hole, Wyoming, with Chai, their daughter, Marina, and son, James.