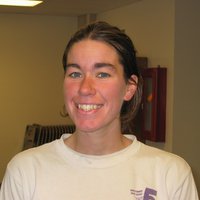 Wilderness adventure has always been a part of Jessica’s life; however, it was only after recovering from weeks of malaria sweats, and a secret shaman healing ritual deep in the Brazilian Amazon that it became clear, wilderness medicine was the career path for her. Three weeks later, after a long and tedious river evacuation she returned to the States and began a career path that would allow her to give back to those who helped her in the jungle, as well as be able to teach skills that would allow others to have a safe and quality experience in the wilderness. Since the mid 90's, Jessica’s outdoor education career has included managing numerous summer camps throughout the Sierras, working as a wilderness therapy instructor for at risk teens in Oregon, and consulting adventure programs on risk management and their environmental education curriculum. This career in the outdoors has been weaved throughout with work as an urban EMT for ambulance companies in Oakland Ca, and Dartmouth, N.H. Jessica has been a WFR for since 2002 and an EMT since 2005. She also has competed a Master’s Degree in Adventure Education from Prescott College. When not working for NOLS Wilderness Medicine, climbing secret granite domes in the Sierras, or playing with her German Shepard Lucky, Jessica is a director for the non-profit, Environment Bolivia, where she is overseeing the creation of a ecotourism training program.