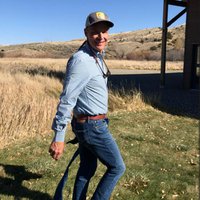 Greg is a NOLS graduate, a former member of the NOLS Advisory Council and served on the NOLS Board of Trustees from 2002 to 2008. Greg is a co-founder and former managing director of Summit Partners in Menlo Park, California. In 1984, Greg helped found the firm, one of the nation’s leading private equity and venture capital firms, which has raised over $15 billion in capital since its inception.

In addition to his other work, Greg teaches sophomore Analytic Geometry and Trigonometry at Eastside College Preparatory School in East Palo Alto, California. He worked with the school to fund, design, and construct its performing arts facility.

A graduate of a 1998 25-day NOLS Outdoor Educator course in the Absaroka-Beartooth Wilderness, Avis has been involved in fundraising for NOLS, chairing the most recent campaign. He has established an annual scholarship program at Eastside for students to participate in NOLS courses. In 2016, eleven students participated.

Avis and his wife, Anne, a NOLS graduate, have three children who are also all NOLS grads: Emily is a Resident in pediatrics at Columbia University; Charlie graduated from Princeton in 2014 and works in San Francisco; and Freddy graduated from Stanford in 2016 and works in Los Angeles.