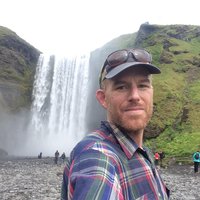 Chris first came to NOLS in 1992 as a Fall Semester in the Rockies student and has been working for NOLS in various capacities since 1996. He has held other administrative positions including Rocky Mountain Program Manager and Alumni Trips Coordinator. As Alaska Director, Chris splits his year between Palmer, AK (during the Alaska operating season) and Lander, WY, which he has called home for over 20 years. His front-country pursuits include running, road biking, skiing, and trying to tucker out his two dogs.