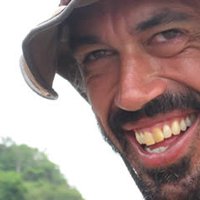 Atila has held various administrator jobs at NOLS from Program Manager at the southern NOLS Patagonia base in Magallanes and in NOLS Brazil from 2005-2009 to Assistant, Director at NOLS Patagonia from 2001-2004, and NOLS Mexico Director in 2004-2005. Atila resigned from the program Manager position at NOLS Brazil in 2009 and resides in Brazil. He also has been a field instructor at NOLS since 1992 with 260+ field weeks, and has worked for NOLS Wilderness Medicine since 2002. He has been a WEMT-B since 2005 although he was a EMT-B in California from 1990-1993. In between he maintained a WFR with NOLS Wilderness Medicine. His passion continues to be working in Latin America for NOLS and WMI (Mexico, Chile, and Brazil). He loves teaching NOLS Wilderness Medicine courses in Spanish and Portuguese. Besides, Mexico, Patagonia and Brazil/Amazonia he has taught in Alaska, Australia, the Rocky Mtns., and India with NOLS and NOLS Wilderness Medicine. He has worked (and continues to work) principally paddling courses for NOLS, but is pretty excited about dedicating time to being a Dad and growing the NOLS Wilderness Medicine program in Brazil these days. He has lived in Sao Paulo since 2008 but can't wait to move back to Rio and get closer to the beach in Rio de Janeiro and, yes, he sometimes still brushes the dust off his paddle to hone his "rusty" padlding skills.