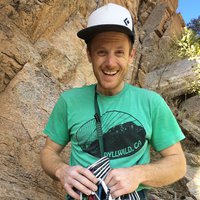 Andrew learned the value of living simply, in a small community, on his NOLS Southwest student semester. He believes in the power that outdoor experiences can provide for people in today’s modern age. Andrew was brought up in New Hampshire where his parents emphasized character building experiences as an important part of his upbringing. Learning to ski at a young age and going to summer camp each year were helpful in shaping his path as an outdoor educator. During his attendance at Green Mountain College in Vermont, he spent a semester at NOLS Southwest, in 2005, which opened his eyes to the vast western landscape. Upon graduating with a B.A. in Recreation, he sought meaningful outdoor education work becoming an instructor at Evoke Therapy (formerly known as Second Nature Entrada), wilderness therapy program in Utah. After working 55 field weeks at Evoke, he felt prepared to apply for a NOLS instructor course in 2009. He has spent most of his NOLS career splitting time between fieldwork (accruing over 100 NOLS weeks) and in-town work as the Southwest Special Projects Coordinator. In 2015 he earned his American Mountain Guides Association, Rock Guide Certification.