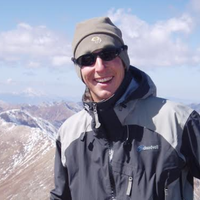 Steven received his initial wilderness first aid training from NOLS Wilderness Medicine in 2001. The course sparked an interest and after following winding trails throughout Colorado he found his way to the University of Colorado Hospital where he works as a nurse in the Burn/Trauma ICU. Prior to beginning his medical career in earnest he taught outdoor and natural science programs for organizations such as the High Mountain Institute and Gore Range Natural Science School. He proposed to his wife after she dealt with his idiosyncracies on an Appalachian Trail trip. Together they are working hard to raise a wonderful daughter whose first word was “happy” which they hope is an indication of her life so far. Steven parks his truck outside while his skis and bikes are inside the garage – which is an indication of his life so far.