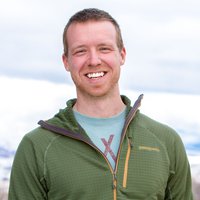 Sean originally hails from New Hampshire where he grew up in the shadow of the White Mountains. After completing his bachelor’s degree at Suffolk University, Sean joined the U.S. Army and was lucky enough to be stationed in Alaska for most of his time in service. Upon finishing his obligation with the military in 2017, Sean enrolled in the NOLS Wilderness Medicine and Rescue Semester and has not looked back since.

Sean is a seeker of life’s most visceral moments, an early riser, a glutton for pain, an endurance junky, and an over-drinker of coffee. He can be found putting himself through various types of suffer-fests in Wyoming’s mountains while wearing an ear-to-ear grin and laughing all too loudly.