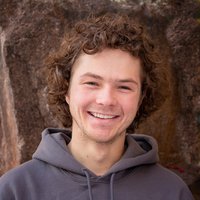 Matt is originally from New Hampshire but has spent the last six years exploring Montana, Utah, and Wyoming. His passion for exploring the American West came from his experience on his Wind River backpacking course in 2012. Matt earned his degree in Marketing from the University of Montana in 2017. After finishing college, he moved to Salt Lake City where he spent most of his time skiing and trail running in Little Cottonwood Canyon. After growing tired of the big city life, he decided to pack up and move to Lander, Wyoming where he currently works as a customer service representative at NOLS HQ.