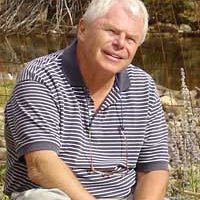 Homer has completed many NOLS courses and prototype explorations, including trips in Baja, Alaska, and one of the first joint U.S./Soviet Mountaineering Expeditions made up of five NOLS representatives. Homer has a bachelor degree from the University of Texas, an MBA in accounting from the University of Texas, and an MBA from Harvard. He served on special diplomatic assignments abroad for Presidents Nixon and Ford to more than 25 countries, including historic presidential trips to the Middle East, Eastern Europe, the People's Republic of China, and the Soviet Union. He was a Vice Chair of the Houston Host Committee for the 1992 Republican National Convention, Director of Events of the 1990 Economic Summit of Industrialized Nations, Director of Special Events for the 1988 Republican Convention in New Orleans, and an advisor to President George H. Bush's 1988 Presidential campaign.

Homer is married to his high school sweetheart, Pat. The couple lives in Jackson Hole, Wyoming, and have three sons, all of whom are NOLS graduates.

While Homer loves the outdoors, wilderness, and wildlife, he remains its perennial student. He also loves cooking, is learning to paint, and is a published amateur poet. Homer joined the NOLS Board of Trustees in the mid-1970s at a challenging time in the school's history and served terms as chair, vice chair, and treasurer throughout his tenure. Homer was re-elected to the NOLS Board in 1985 and served for an additional six years.