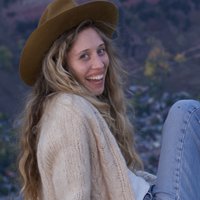 When Clara was twenty-one years old, she took a solo backpacking trip through Ireland’s countryside and, during a seemingly idyllic trip, encountered the country’s prevailing suicide crisis. The following year she returned and filmed her first documentary called “The Lads,” which was screened at schools to help youth feel supported. This propelled Clara into a filmmaking career, where she produced further documentaries, as well as promotional videos. She joined the amazing NOLS marketing team in early 2022 and can most likely be found using the word “magical” far too often, or poking her camera into people’s faces, asking strange questions. She loves the magical NOLS family and is so excited that you are here. Happy Adventuring!