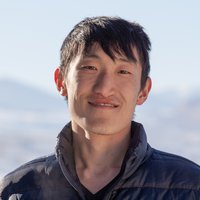 Although BJ grew up in New Jersey, the most beautiful place on Earth, he was always drawn to exploration and travel. After graduating with a film production degree from Boston University, he worked as a video producer in New York City until he realized that you can’t cage a bird that was meant to fly. He quit his job and hit the trails with his camera, discovering amazing places around the world. Aside from backpacking and shooting photos and videos, BJ loves to dance salsa and cuddle with cats. It’s a shame he’s allergic to them.